A Tribute to E.E. Ward’s History 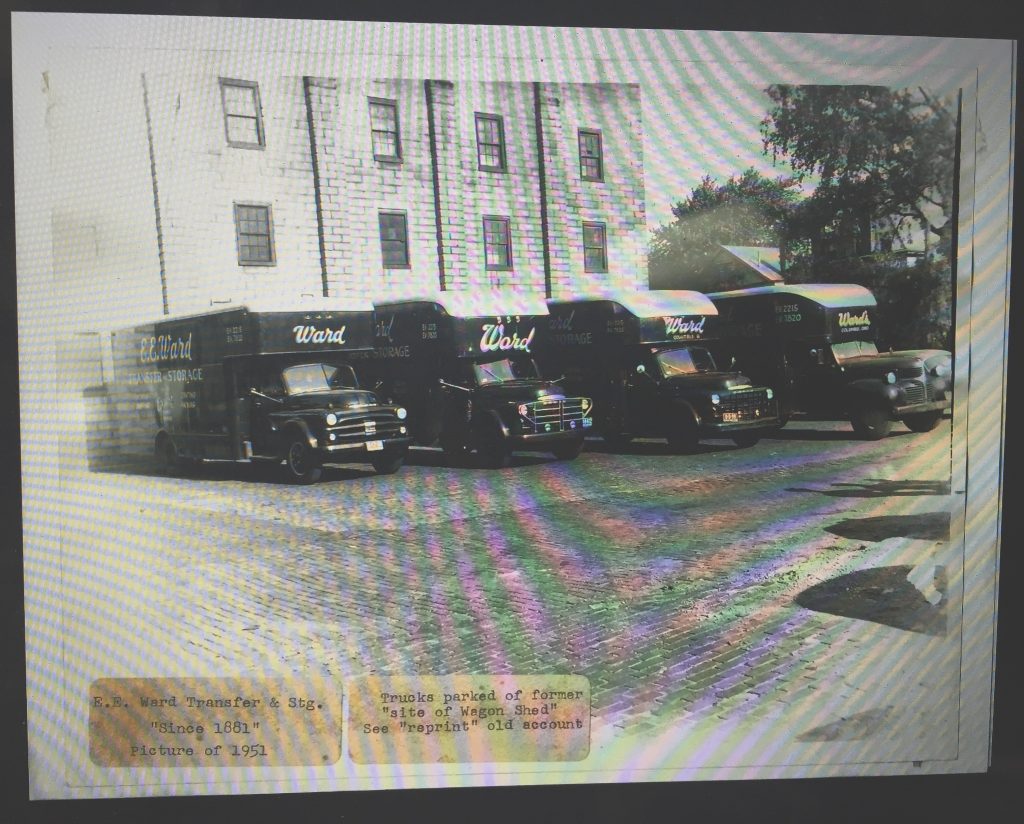 E.E. Ward has a significant history behind its success-a success that wasn’t always easily achieved. The current moving and storage company founded in Columbus used to be quite a different company.

From the years of 1842 through 1858, John T. Ward, the original owner, helped conduct the Underground Railroad that ran below Columbus during the war. By doing this, he gave shelter to escaped slaves underneath his home, which was a very well known stop back in the day. Ward even hauled the US Army’s supplies in aide of the government as a personal war effort as well.

During this time, his oldest son, William, first worked through the ranks of another moving company in the area called Union Transfer and Storage Company. But finally William came back to work with his dad so together they could start the Ward Transfer Line centered in downtown Columbus.

When the youngest of Ward’s sons joined the company, the name was changed to E.E. Ward Transfer and Storage Company. By 1914, the company made its final transition into a moving company, retiring its last horse in 1921.

Over the years, the company overcame great catastrophes including The Great Easter Flood of 1913 and The Great Depression that took down many other businesses in the area but did not take down Ward’s.

Today E.E. Ward resides on 1975 Galaxie Street in Columbus as a moving and storage company providing relocation services to both corporate and government customers, in addition to individual homeowners. And as of January 1, 2016, E.E. Ward will celebrate its 135th year of business!