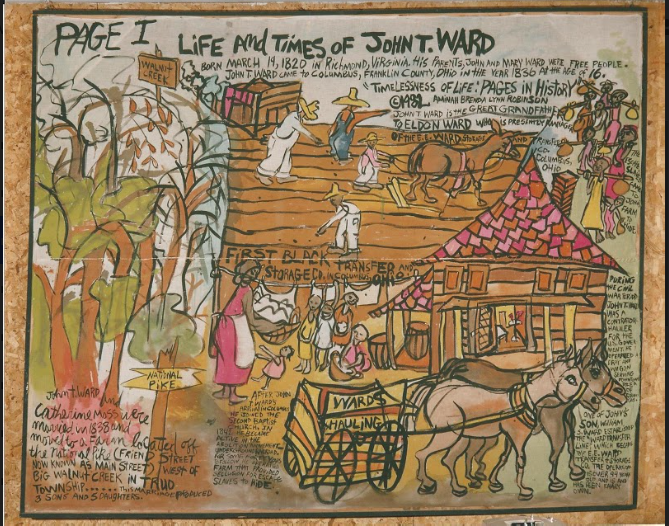 This week’s #WardWednesday is a throwback. The success and direction of the E.E. Ward Moving & Storage comes from the rich history on which the business was founded. Check out part one of the historical E.E. Ward mural.

This is the first in a series of three murals that were painted by Aminah Robinson as a gift to Eldon Ward. PAGE 1 tells the story of the beginning of the Ward Transfer & Hauling.

Not only would the Ward Transfer stem into the longest African-American owned business in the country, John T. Ward was conductor who helped slaves to freedom on the Underground Railroad.

Check out next weeks #WardWednesday to get a look at part two of the mural.