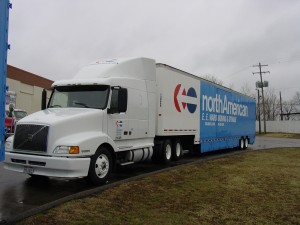 by moving both companies to their new headquarters in German Village.    The two Columbus franchises,  Uniglobe Travel Designers, based on Columbus’ east side, and Grove City’s Uniglobe Precise Travel, merged effective January 1st and began operating in one office on January 21st with the intention of reducing costs and broadening their service offerings.  Partner Richard Holycross comes over from Uniglobe Precise to join three co-owners, Jacqueline Blount, Elizabeth Blount and Elsie Blount, of Uniglobe Travel Designers and operate together under the name Uniglobe Travel Designers.  E.E. Ward is proud to have provided relocation services for these great companies and congratulate them on a success merger.