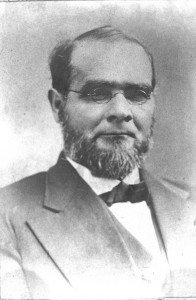 The Columbus Dispatch wrote a great article on Sunday detailing the rich history of E.E. Ward Moving & Storage. The article, which can be viewed here, describes the foundation of the Columbus moving company in 1881 and goes on to present the colorful history of one of the nation’s oldest minority-owned companies. What began in 1881 as a small business has evolved into one of central Ohio’s premier household and corporate relocation providers.

Columbus is home to one of the oldest minority-owned businesses in the United States.

E.E. Ward Moving & Storage has a long history in Columbus. It was founded in 1881 by William S. Ward with the help of his father, John T. Ward, who had been a “conductor” for the Underground Railroad. Started as Ward Transfer Line, it was renamed E.E. Ward Transfer and Storage Co. in 1889.

A contract with Steinway & Sons helped the company build a niche market of transporting pianos. It also gave E.E. Ward an opportunity to move props and instruments for world-renowned artists who performed in Columbus. Among them: violinist Fritz Kreisler and pianists Ignacy Jan Paderewski and Sergei Rachmaninoff.

The business, with headquarters on the South Side, was family-owned from its founding in 1881 until 2001. When Eldon Ward retired in 2001, he sold the business to his godson, Brian Brooks, and Brooks’ childhood friend Otto Beatty III.

Having weathered two world wars and a Great Depression, the E.E. Ward Moving & Storage Co. has been recognized by the U.S. Department of Commerce as one of the nation’s oldest continuously operating black-run businesses.